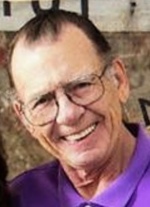 David worked as a machinist at Pratt & Whitney for over 35 years, before retiring in 2008. In his spare time, he enjoyed reading and watching Westerns, the Minnesota Vikings and spending time with his family. He lived in Enfield, Connecticut for 30 years and spent many years coaching with the Enfield Girls Softball Association. David was the quirky coach, who never knew a stranger, whether he was wearing funny hats or telling jokes, he loved to make everyone laugh.

Memorial Services for David will be held at 6:00 PM on Friday, June 21, 2019 at Leete-Stevens Enfield Chapels, 61 South Road, Enfield, Connecticut 06082. A private family burial will be held for David at the Hazardville Cemetary in Enfield, Connecticut. Memorial donations may be made to My Sisters’ Place, 221 Main Street, Hartford, CT 06106. For online condolences, please visit www.leetestevens.com.