Obituary for Patricia A Stronczek (Haskell) 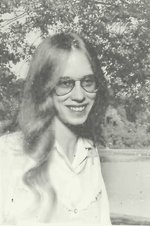 Patricia A. Stronczek, 58, of W. Springfield, beloved wife of Alan Stronczek, entered into Eternal Rest on Saturday, September 21, 2019, surrounded by her loving family. She was born in Moses Lake, WA, on July 20, 1961, the daughter to the late Edward and Dorothy (Lasher) Haskell. Patricia previously resided in Enfield and Chicopee. She enjoyed knitting, and taking long drives with her husband. Along with her family, she made beautiful memories on the sands of Misquamicut beach in the summers, especially watching thunder storms, the fog roll in and simply taking in the sound of the ocean. She shared a very special love with her husband of 36 years, of whom proposed to her on their first date (she said yes of course!). In addition, Patricia is also survived by their three children, Kenneth and James Stronczek of W. Springfield and Holly Stronczek of New Orleans; two grandchildren, Lilly and Joey; her brothers, Edward Haskell III and his wife, Deborah of Westfield and James Haskell of Bristol; nieces, Amie, Kari, Megan, and Kelly and a nephew, Matthew. Relatives and friends are invited to join the family for calling hours on Wednesday, September 25, 2019 from 10:00-11:00 am at Leete-Stevens Enfield Chapels, 61 South Rd., Enfield, CT 06082. A funeral service will begin at 11:00 am. Burial will follow at Enfield Street Cemetery. In lieu of flowers memorial donations may be made to the American Cancer Society, American Cancer Society, P.O. Box 22478, Oklahoma City, OK 73123.