To share your memory on the wall of Ralph Sweet, sign in using one of the following options:

Receive notifications about information and event scheduling for Ralph

We encourage you to share your most beloved memories of Ralph here, so that the family and other loved ones can always see it. You can upload cherished photographs, or share your favorite stories, and can even comment on those shared by others.

Tom and Shelley, Scantic Spring Splash Race Committee, and other have sent flowers to the family of Ralph G. Sweet Jr.
Show you care by sending flowers

Posted Apr 10, 2020 at 01:29pm
Ralph was the first to introduce me to Contra Dancing in 1982, we were still doing English Country Dancing here in Winston-Salem, North Carolina. We soon afterwards organized as The Winston-Salem Country Dancers, expanding into Contra and setting up our own weekend known as Feet Retreat. His influence went far beyond New England. I still remember him giving me a ride to Greenfield for a dance, while Polly was learning how to drive. He will be very much missed as he gave so much to so many. Because of him Contra Dance is still alive and well in so many places. Rest in peace, we will see you at the next dance in the next world.
Comment Share
Share via:
LD

Posted Jun 27, 2019 at 02:30pm
I was lucky to know Ralph in recent years from fife and drum as well as when he called singing squares at the annual Dance Flurry in Saratoga Springs. A very special person. It was a pleasure to meet his daughter at the recent fund raiser for the Powder Mill Barn. Condolences to his family and many friends.
Linda Delfs, Albany NY
Comment Share
Share via:
LD

I've been inspired by Ralph's dancing and calling for years. I hope to keep it up as long as he did.
~Luke Donforth
Comment Share
Share via:
TS

Posted Jun 24, 2019 at 06:46am
To Polly and the sweet family - we are thinking of you all during this difficult time and we are so sorry for your loss.

Tom and Shelley purchased flowers for the family of Ralph Sweet. Send Flowers

Posted Jun 23, 2019 at 06:49pm
I first met Mr. Sweet when Ruthie and I were 2nd grade classmates and friends. Years later as a teenager, I learned to dance Contra at his weekly dances. Mr. Sweet's passion and joy for music and dance and life was contagious. My life's story is a little richer because of him.
Comment Share
Share via: 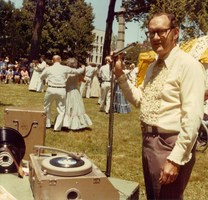 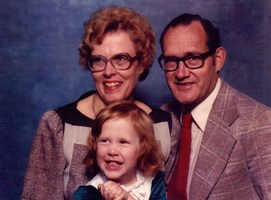 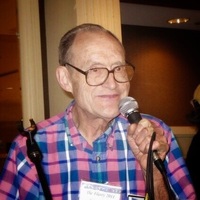 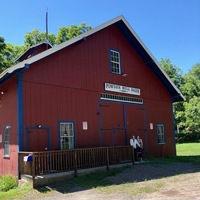